Here is one condensed page full of interesting stories, and links for Craig.

First of all, his Contact info is: craigd2599@gmail.com or craig@craigdaliessio.com

Here is a link to a wonderful story about his graduation from Liberty University in 2012: 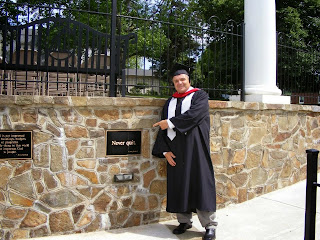 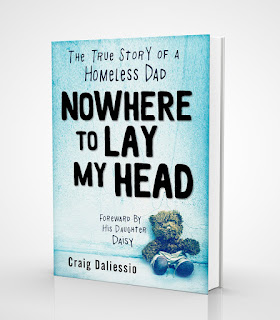 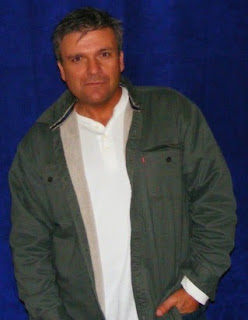 Author Biography and Book Synopsis
“A successful businessman. A College Graduate. A Loving Dad. A homeless man.”
Craig Daliessio was a successful mortgage banker in Nashville TN. A national award winner and branch manager for the largest privately funded Mortgage Company in the U.S. He had a good career and a beautiful home. He is also an adoring dad to his daughter Morgan, who split her time between his home and her mom’s.
When the economy collapsed in 2008, Craig lost his career after his employer went out of business. Then he lost his home. At the same time, his daughter’s life was becoming more and more unstable as her mother’s new husband began a downward spiral of drinking, drug use, and violence. Unable to find work and refusing to leave his daughter behind in a horrible situation, Craig made the decision to stay. A decision that required him to sleep in his car, shower at the county recreation center, and take any odd jobs he could find.

Three times, he was hired for new employment and three times those companies shut their doors as the economy continued to crumble. He built chicken coops and pressure washed houses. He washed windows and cut grass. He refused government assistance and he refused handouts.
Even while battling homelessness, he returned to college and graduated with a Bachelor’s degree. He started a carpentry business, and he wrote four books, he never gave up on his Faith...or on his Fatherhood. He remained active in his daughter’s life, protecting her –as much as he could- from the deteriorating home life she was trapped in, and remained determined to get her out of that situation.
Today, he is a Business Relationships Manager at Liberty University, where his daughter is a sophomore. She lives with her dad, whom she considers a hero.
Because he never quit.

Book Synopsis
“Nowhere to Lay My Head: The True Story of a Homeless Dad” is Craig’s true story of Faith, endurance, shattered dreams, and the relentless love of a dad for his daughter. Craig chronicles the six years he spent as a homeless dad. Six years that broke him down, and rebuilt the Faith, he had held to all his life. He is frank and honest –sometimes painfully so- as he relates the daily grind of disappointment, pain, sorrow, hope deferred and ultimately, hope restored. It is not a story of ignoring the pain and putting a faked smile on your face, it is about admitting that life can hurt, and choosing to trust God anyway. “There were plenty of moments when I questioned God, doubted His presence of the truth of His plan. Ultimately, He gave me enough strength to endure another day...and another day after that, until six years had come and gone. This was my desert walk, my long dark night of the soul, and it hurt. To say otherwise would be a lie. The pain was where I was being reshaped and rebuilt. God did have a plan; all I could do was hold on to the truth of the Gospel until He saw it through.”
There are moments of tears, moments that steal your breath, and moments where the reader will catch their breath in surprise at how much a man can love his child, and what he will endure to demonstrate that love.
Janet Rose, morning host of WLNI radio in Lynchburg says this of Craig’s story: “Craig is the rare author who can break your heart, and inspire your soul at the same time:”
Dave Ramsey, nationally syndicated Christian Financial Expert says: “Life is an adventure and my friend Craig has proven that several times over. We all love people who are overcomers and especially when they get real about their story. This story is riveting and you will not put it down, when you finish you will be inspired. As you will read, Craig and I became friends in a most unusual way and this book is a testament to never quitting.”

Craig’s story is heart wrenching and hope giving all at once. He is a witty, well-spoken, emotional, engaging speaker who relates his story with passion and depth. His greatest desire is to see the grace of God displayed through this difficult journey he relates, so that others can hear the Good News of the Gospel.

I value your comments. However, to keep the content "G Rated" all comments will be moderated. Please no mention of other web sites without prior approval